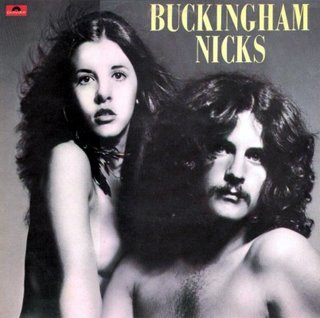 Buckingham Nicks has been released in 1973 by the duo Lindsey Buckingham and Stevie Nicks, just a short time before they joined Fleetwood Mac and became worldfamous.
Buckingham Nicks got all the ingredients of a Fleetwood Mac album but with a milder production. Stevie's sings very good and when you listen to the way Buckingham plays the guitar tou know why Mick Fleetwood wanted him in his band. This is a "must have" album for every Mac fan.
The Buckingham Nicks lp and cassette are years "out of print" and there hasn't been a cd-release yet exept for a bootleg in 1985.
Crying in the Night / Stephanie / Without A Leg To Stand On /Crystal / Long Distance Winner / Don't Let Me Down Again / Django /Races Are Run / Lola (My Love) / Frozen Love /