The Idle Race
The Birthaday Party 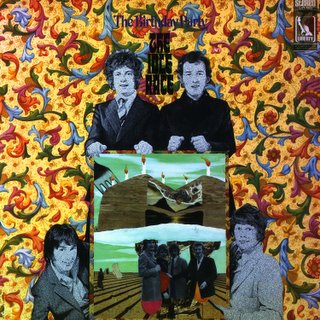 Jeff Lynne is well known for his work with Roy Wood in the Move and the Electric Light Orchestra. Jeff did play in another band before he joined the Move; Idle Race.

Jeff's first record with Idle Race was "(Here We Go 'Round) The Lemon Tree" written by Roy Wood. The single doesn't hit the charts. Idle Race tries again and released "The Skeleton And The Roundabout", "End Of The Road" and "I Like My Toys". None of the singles sells but together with the flipsides they got half an album and so all of them can be found on "the birthday party" from 1968.

Tracks: Skeleton & The Roundabout / Happy Birthday/The Birthday / I Like My Toys / Morning Sunshine / Follow Me Follow / Sitting In My Tree / On With The Show / Lucky Man / Don't Put Your Boys In The Army, Mrs. Ward / Pie In The Sky / The Lady Who Said She Could Fly / End Of The Road 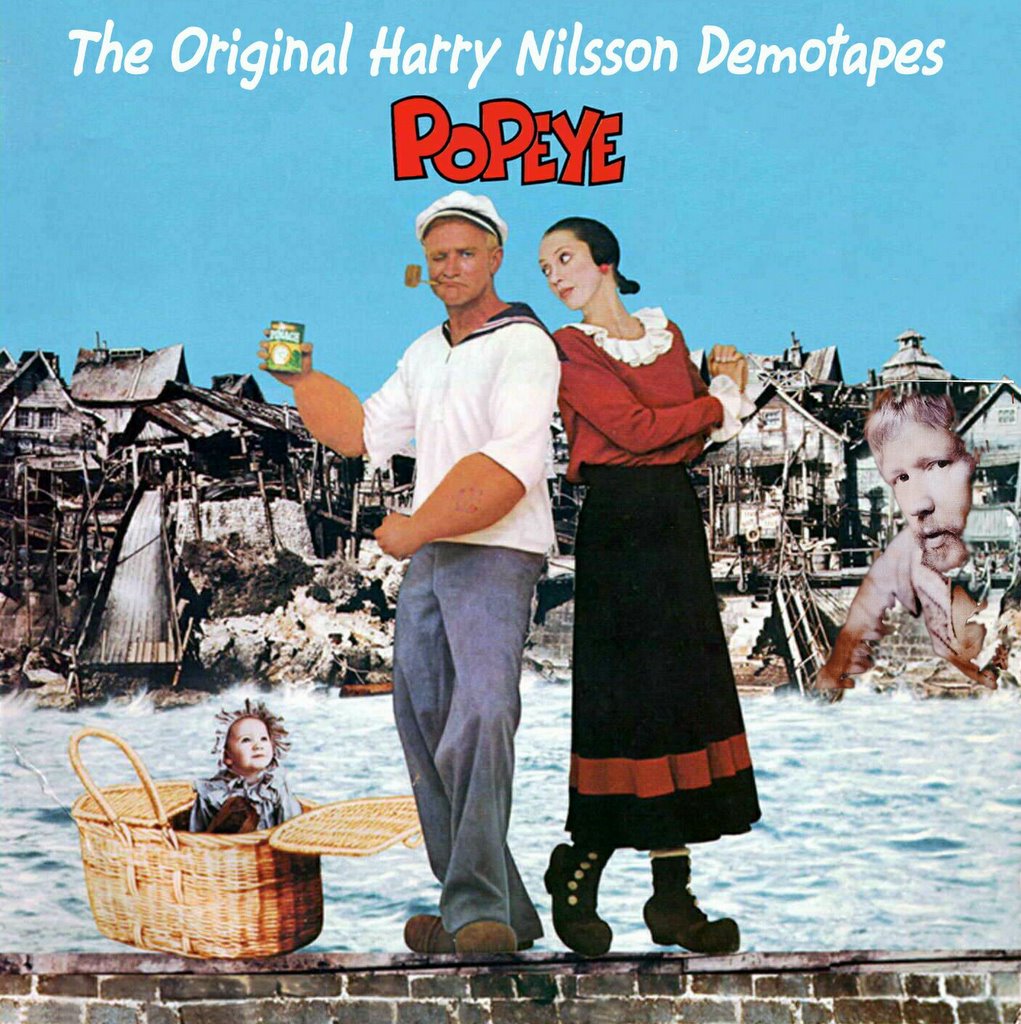 The live action version of Popeye sees the light in 1980. It's the first movie for Robin Williams. Although Robin is very populair in 1980 (Mork) nobody went to the theater to watch the movie. The original soundtrack (upload later...) isn't a succes either. Not that odd if you keep in mind that the songs were sung by the actors Robin Williams, Shelly Duval en Paul L Smith and not by their writer Harry Nilsson.
Harry did record demosongs for the actors and those can be found on this bootlegalbum. This album is quite good and could have made a good Nilsson album.

When Knnillssonn(1977) was finished, Harry breaks the contract with RCA and he signs one at Mercury. He made this album. The people at mercury are very disapointed about it and are convinced that this album won't sell anywhere. Mercury UK and Mercury Holland are the only 2 who pressed and released it officially. The album is a gigantic flop. Although the album didn't sell it contains a couple of gems. In fact, the first track by Eric Idle is the only misser.
The lp hasn't been available for years and only a bootleg cd-release exists. 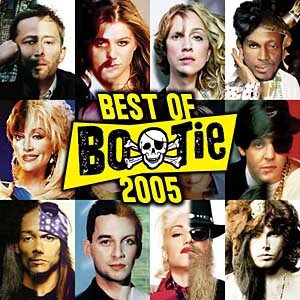 2 cd's, filled with the best mash ups of 2005 made by Party Ben and Jay-R.
Tracks: Paid For My Doorbell (Eric B. & Rakim vs. White Stripes) / Hot Rich Girls Dropped In A Grange (Gwen Stefani vs. Snoop Dogg vs. ZZ Top) / Shake That 50 Cent (50 Cent vs. The Lovemakers) / Sri Lanka High (M.I.A. vs. The Ramones) / An Honest M.I.A. (M.I.A. vs. The Bravery) / Somebody Rock Me (The Killers vs. The Clash) / La La Her Madly (The Doors vs. Goldfrapp) / Since U Been Gahan (Kelly Clarkson vs. Rex The Dog vs. Depeche Mode) / Walking With A Ghost In Paris (Tegan & Sara vs. Mylo) / Computer Talk (Coldplay vs. Kraftwerk) / Black Beatles (Beatles vs. Black-Eyed Peas vs. Ludacris vs. Kelis) / Badd To Me (Ying Yang Twins vs. The Cure) / P-Funk Is Playing At My House (LCD Soundsystem vs. Gerald A. vs. Katie Enlow) / Do You Wanna Cuz It's Tricky (Franz Ferdinand vs. Run-DMC vs. The Knack) / Big Shot Pimpin' (Billy Joel vs. Jay-Z) / It Takes Two To Kiss (Rob Base vs. Prince) / Super Holla Tricka (Beastie Boys vs. Gwen Stefani vs. A. Skillz & Krafty Kutz) / My Other Car Is A Beatle (L'Trimm vs. Armand Van Helden vs. Beatles vs. Gary Numan) / Sgt. Pepper's Paradise (Beatles vs. Guns N' Roses) / Smells Like Compton (N.W.A. vs. Nirvana) 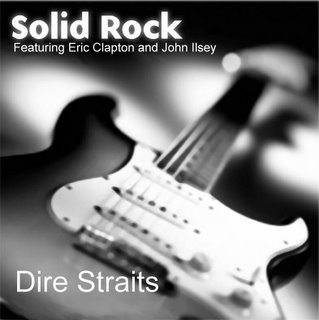 6 november 1988, Wembley stadion London.
The Dire Straits are almost dead and burried. Mark doesn't like to tour anymore and is much happier writing filmscores. Thanks to his friend Eric Clapton he proves that he still can make a great performance.
These recordings were never made with the intention to release them as an album but are good recordings anyhow.
-
tracks: Walk of life / Sultans of swing / Romeo and Juliet / Money for nothing / Brothers in arms / Wonderful tonight / Solid Rock. 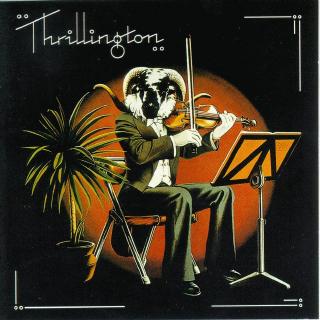 This lp, an instrumental version of "ram", has been entirely ignored by the public in 1977. Perhaps because it was not known that Thrillington and Paul McCartney were one and the same person. Because of this, the lp became, in the course of years, a real expensive collector item. An official cd-release never took place. It has been released as a bootleg in 1995, but also these appear available with difficulty.

The Mp3 version has been made by ripping a lp. Mike McGear's 2nd solo album. Mike McGear has been successful in beginning 60's with John Gorman and Roger McGough as Grimms still before everybody knew that his real name was Mike McCartney, brother of Paul.

At the end of the 1960s he had some hits with the Scaffold (f.i. Lily the pink and Thank you Very Much).

This album is produced by Paul McCartney and all members of Wings can be heard on every track. In fact you could consider this as a Wings album.

Tracks
Sea Breezes / What Do We Really Know ? / Norton / Leave It / Have You Got Problems ? / The Casket / Rainbow Lady / Simply Love You / Givin' Grease A Ride / The Man Who Found God On The Moon 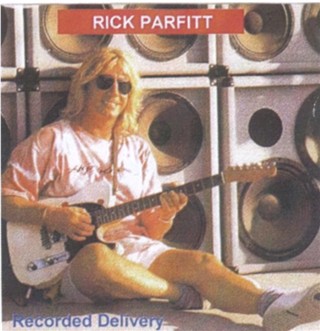 April 1985: Rick Parfitt is in the studio to record his first solo album with Pip Williams as producer and Bob Young helping with the song-writing. The session musicians are John "Rhino" Edwards and Jeff Rich. The album was enttitled "Recorded delivery", but the album was never released.

Although the album wasn't released officially it ain't bad. In comparison with the latest Quo-album "Riffs" it sounds like a masterpiece but, maybe, that tells us more about Riffs.
4 of the 10 songs were later chosen to be B-Sides of Status Quo singles: Helloween (Who gets the love). Don't give it up (Red Sky). Long legged girls (Dreamin') Late last night (bonus with "In the army" maxi-single.).

Tracks: Helloween / 999 (One good reason) / Lonely nights / Only love can break your heart /Don't give it up / Long legged girls / Show me the way / Late last night / (I miss) My baby / Richard's song (Living my life without you) 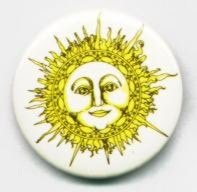 Long time ago, in a galaxy far far away...three musicians banded together and created some of the most amazing tunes ever to grace the celestial heavens. Their identities kept secret for a while, they were simply known at the time as "Klaatu." The band's first album 3:47 EST reverberated across the universe and caused a crack in the cosmic egg as their music sounded undeniably "Beatleseque." Beatle fans began their own magical mystery tour of sorts looking for clues in Klaatu's music and album covers if only to prove that both Klaatu and Beatles were the same musicians. But alas, over time it was eventually revealed to them that the "Beatleseque" group consisted of three very talented Canadian musicians by the names of John Woloschuk, Terry Draper and Dee Long.


This is a tribute album by various little known artists