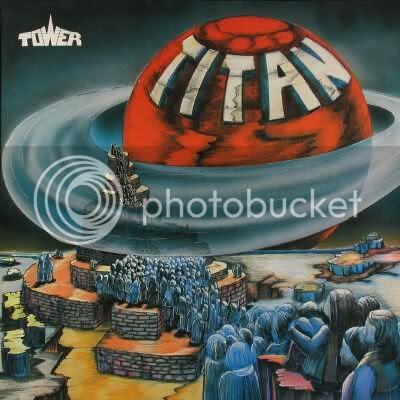 Symphonic Powerrock from the Netherlands. The band had a big hit in Holland with "See You Tonight" and a minor hit with "Goin' Home". The vocals from Marian Pijnaker are increddible strong and the orchestration from Dick Bakker and Hans Hollestelle are ELO-esque. Most of the album written by Catmusic who are famous of their own but under other names (Catapult, Woodpeckers from Space, Videokids, Monotones & the Surfers just to name a few).
-
The album was quite succesfull but a second album was never recorded. Tower disbanded and Marian Pijnaker (vocals) and Cor van der Hoogt (Guitar & Vocals) continued as Split Decision. They released one single "Action" [download] but could not reproduce the succes of tower.
-
Listen to the power of Tower!
-
tracks: 1. Introduction/Titan 9:20 / 2. Get back 3:09 / 3. Moon 4:05 / 4. We are (The boys and girls) 3:03 / 5. Goin' home 3:32 / 6. Space man 3:22 / 7. See you tonight 3:49 / 8. Xio/Epilogue 8:15
-
Incl. scans from the original LP cover and innersleeve with lyrics
- 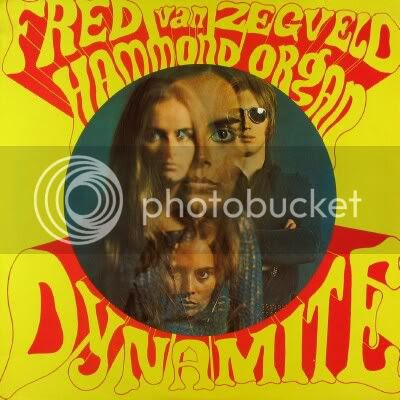 Fred van Zegveld became known as the organ player of a charting Beatlesque group called Roek Williams & The Fighting Cats, though they changed their name into Roek's Family on the day Fred joined them in 1968, ready for their biggest hit Get Yourself A Ticket in '69.
-
1969 must have been a busy year for him, because Van Zegveld was also a member of a group called The Flood that year, together with two musicians that also played in Roek Williams's group: Richard de Bois on bass (who became a top producer ten years later, for amongst others The Dolly Dots) and Will Luikinga on sax and flute (who became a famous dj on Radio Veronica afterwards).
-
Van Zegveld's only solo album "Dynamite" shows his love for Booker T & The MG's, Jimmy Smith and such, though most of the tracks on it are his own compositions. Van Zegveld, who is still active as a musician today, doesn't even own a proper copy of his album anymore, and if he wants to buy one on eBay, he has to pay at least 300 dollars!
-
tracks: 1. Family blues (Fred van Zegveld) 3:19 / 2. Here, there, and everywhere (Lennon/McCartney) 3:07 / 3. Daffodil (Fred van Zegveld) 2:00 / 4. Blue organ (Fred van Zegveld) 3:19 / 5. Dynamite (Fred van Zegveld) 4:45 / 6. Misty (Erroll Garner) 4:06 / 7. Whiskey (Fred van Zegveld) 4:06 / 8. Round about 12 (Fred van Zegveld) 2:42 / 9. I wanna be your man (Lennon/McCartney) 6:21
-
Incl. scans from the original LP
-

The Dukes
The Dukes 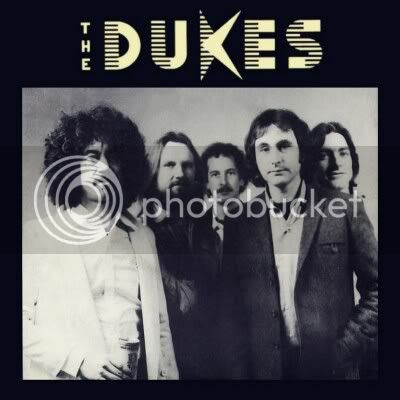 The debut album of The Dukes (Jimmy McCulloch, Miller Anderson, Ronnie Leahy, Charlie Tumahai) turned out to be their only album. Jimmy McCulloch died from a heroin overdose in 1979 not long after the album was released and the band died with him. The album genre is pop rock, power pop, hard rock. The single "Heartbreaker" (vocals By McCulloch) was a minor hit. The album is yet to be officially released on CD.

Produced by Marty Cohn & Richie Zito.
-
tracks: 1.: Tracks: Hearts In Trouble / Leaving It All Behind / All In A Game / Billy Niles / Crazy Fool / Who's Gonna Tell You / Time On Your Side / I'll Try To Help / Heartbreaker
-
Incl. scans from the original LP innersleeve with lyris and custom made cover art.
-

Email ThisBlogThis!Share to TwitterShare to FacebookShare to Pinterest
Labels: Jimmy McCulloch, The Dukes 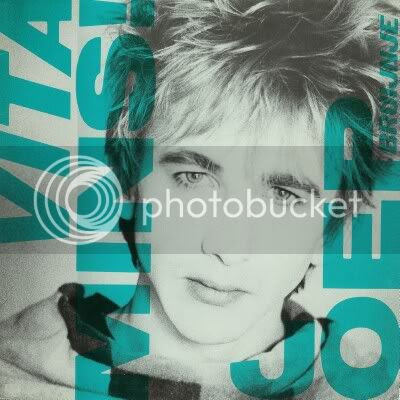 Joep Bruijnjé's work is famous without being famous himself. He wrote songs for "La Grande Parade", a project from Henk Hofstede (Nits) and he wrote many songs for Jiskefet (Dutch comedy) including the leader. But he is not famous because of his music but because of his photographs. Talking Heads, Michael Jackson, XTC, Phil Collins, Herman Brood, Billy Joel, Prince, The Police, The Cure, Robert Fripp, Simple Minds and U2 are all being photographed by Joep.
-
In 1982 he recorded his own minialbum (10"/25 cm) with the help of some idiot records artists. Fay Luyendijk (Fay Lovsky), Robert Jan Stips, Klaas ten Holt, Jacob Klaasse, Mathilde Santing , Peter van Straten, Rob Hauser are all playing on the album. The music is like the Kewi's, Fay Lovsky or Nits with a tip of Gruppo Sportivo.
-
tracks: 1.: Trois Sur Quatre / 2.: Ghetto Boy / 3.: Back To The Border / 4.: Caroline / 5.: Twice A Year / 6.: Just Another Day / 7.: Billy / 8.: Painting And Drawing / 9.: Last One
-