Johnny Warman - From the Jungle to the New Horizons

After the huge succes of  Walking Into Mirrors Johnny was asked by the Rocket Record Company to do another record. Warman started recording with Andy Clark, Jerry Marrota and Tony Levin. The album would be a more musically complicated production than the previous Walking Into Mirrors album but extending the drumheavy sound. A single 'Dream, dream, dream' was released to promote the project.

The songs they recorded were quite good and Norman Greenbaum's 'Spirit in the Sky' hasn't been done better, ever. Dispite that, neither the single nor the album managed to make any impact in the charts. 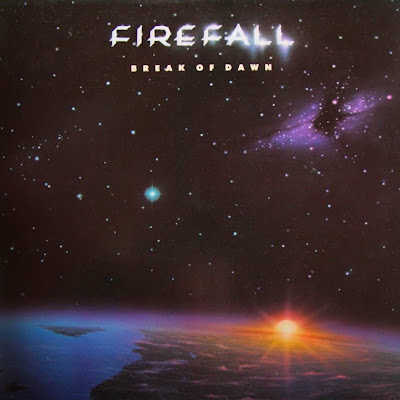 In 1982 I heard the song 'Always' on the radio (it was played two times...) and I liked it. I wanted to buy the record but couldn't find one recordstore who sold the album. I had to make a special order to get it. I have never regret buying it and is one of my favourite albums from the 80's.

Later I found out that the album had been a commercial flop mostly because it didn't sound like earlier work from Firefall. Well, I didn't know the earlier stuff so that's the way to listen to the album; forget that Firefall was a countryrock band once. This album is much more AOR.

Tracklist: Break of Dawn / Body and Soul / Falling in Love / Always / In the Dead of Night / It's Not Too Late / Take Me Back / Fall for You / Suddenly / Don't Tell Me Why