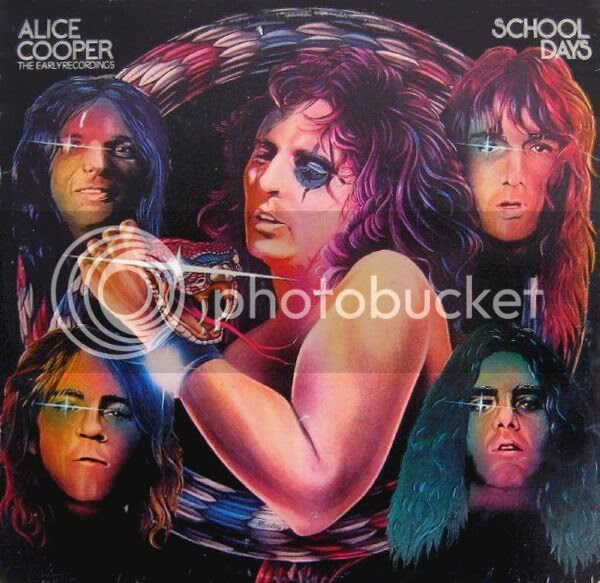 You have a choice. You can turn me off..
(from "Beautiful Flyaway")
School Days is a compilation of the bands first two albums "Preties For You" and "Easy Action" wich are two of the strangest sounding albums of all time. Highly experimental, psychadelic rock with a twist.
I've read many reviews telling that these albums are bad. Well, if you expect another "School's Out" or "Killer" then you can be dissapointed, I guess. If you're listening with an open mind then you'll discover some great music. There are some great guitar riffs and the lyrics, although incomprehensible most of the times, fit in well.
I've made two changes. 1. I've replaced de lame live version of "Levity Ball" with a much better sounding studio version. 2. I've added the studio version of "Nobody Likes Me" as a bonustrack. This hilarious song (mini-musical!) is recorded in 1969.
Be warned though, these tracks are way different from other Alice Cooper songs. They are so strange you have to hear it for yourself...
tracks: Titanic Overture / Sing Low Sweet Cheerio / Today Mueller / Living / Fields Of Regret / No Longer Umpire / Levity Ball / B.B. On Mars / Reflected / Apple Bush / Earwings To Eternity / Changing, Arranging / Mr. And Misdemeanor / Shoe Salesman / Still No Air / Below Your Means / Return Of The Spiders / Laughing At Me / Refrigerator Heaven / Beautiful Flyaway / Lay Down And Die, Goodbye / Nobody Likes Me
- 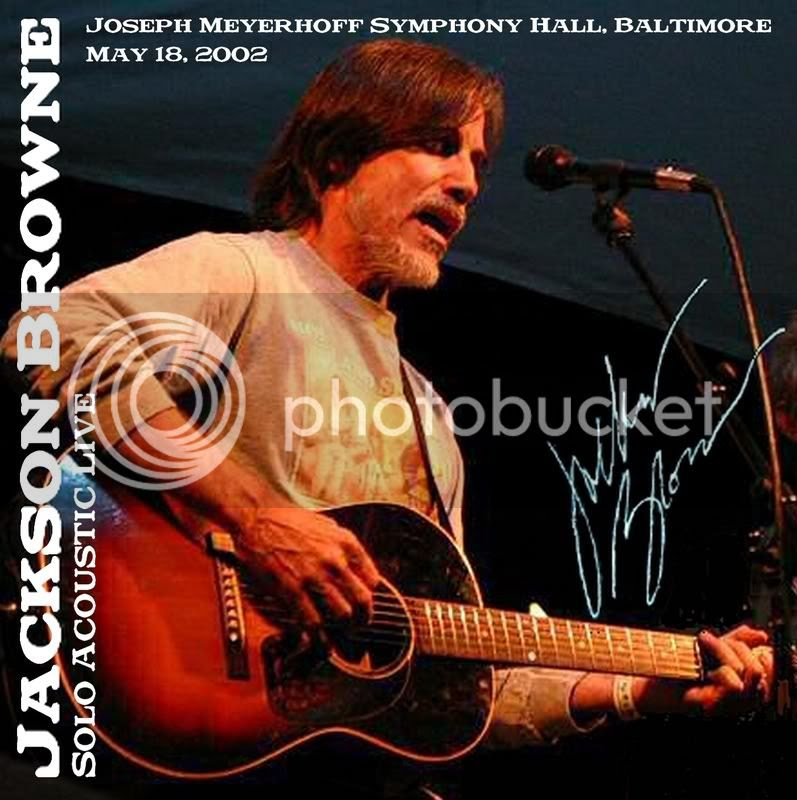 Soundboard recording 2002
320Kbps
-
For more than two decades Jackson Browne has remained one of America's most important musical voices. Solo Acoustic Live finds Jackson Browne delivering tender takes from his deep catalog, completely stripped of their Seventies-era excess production. Browne is in fine voice as he digs out tunes like "These Days" (first done by Velvet Underground singer Nico in 1968) and "Lives in the Balance" (a mid-Eighties anti-Reagan diatribe that sounds especially appropriate today). He wraps things up with a threadbare rendition of "The Pretender" that cannot mask the story of a youthful idealist being beaten down by the passing years. Needless to say, Browne's strength has always been songwriting, and Solo Acoustic delivers those songs with no extra baggage.
-
CD I
01. I’m Alive - 02. Farther On - 03. The Barricades Of Heaven - 04. Looking Into You - 05. Something Fine - 06. Call It A Loan - 07. Ready Or Not - 08. Late For the Sky - 09. These Days - 10. Red Neck Friend - 11. The Pretender - 12. For Everyman
-
CD II
01. In The Shape Of A Heart - 02. Your Bright Baby Blues - 03. Fountain Of Sorrow - 04. Never Stop - 05. Lives In The Balance - 06. Before The Deluge - 07. Sky Blue and Black - 08. Linda Paloma - 09. Running On Empty - 10. Rosie - 11. Doctor My Eyes - 12. About My Imagination - 13. I Am A Patriot - 14. Sleep's Dark And Silent Gate - 15. Take It Easy
-
CD III
Soundcheck
-
CD I

First posted by http://musictravellerstwo.blogspot.com/
submitted by n8w8 (nightwatch) No comments:

The Monkees
The Missing Links I/II/III
- 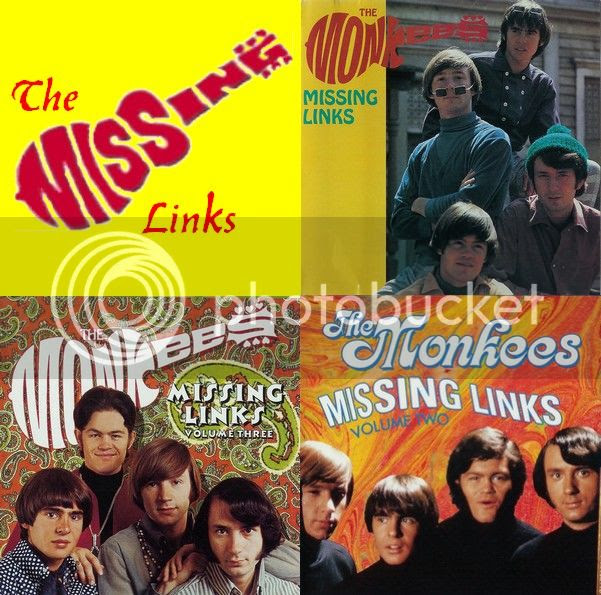