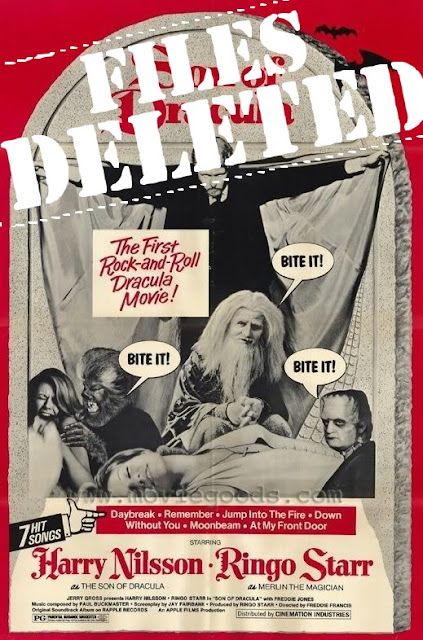 1974 movie starring Ringo Starr and Harry Nilsson. Ringo as Merlin and Harry as the son of Dracula. This rare film is hard to find, quality is far from perfect but, considering the rarity of this title, better than nothing.

Story:
The Count has recently inherited his father's title as ruler of the netherworld, and all the monsters are already arriving in London for the coronation party. Still, though, Count Down is unsatisfied; it seems he's a budding composer, more interested in music-making than evil-doing. When he falls in love, The Count considers giving up his immortality for the sake of a normal life. But first, he and Merlin will have to outsmart the nefarious Baron Frankenstein, who has his own plans for the Count.

Harry Nilsson
The Presence Of Christmas A Heartwarming Anthology of Stories, Poems and Songs that capture the spirit of Christmas, including the stories "The Boy Who Laughed at Santa Claus," "My Christmas Miracle," and "A Visit from Saint Nick". The songs are performed by Harry Nilsson.
This collection was produced by Harry's cousin, Doug Hoefer, for Harry's Hawkeye Entertainment.

The Presence of Christmas without Harry's songs was originally direct marketed by Mutual Media in November, 1986. A sixty-second TV commercial was aired in about 20 cities. Only about 100 copies of the album where sold. Presented here is the 1988 release from Dove. Exept for the albumart it is the same as the 1995 US re-release.

Some Interresting facts:
The hymn "Adeste Fideles" was written in France sometime in the mid 1700s. The composer is unknown. In 1841, Frederick Oakeley translated the Latin words of the hymn into English as "Oh, Come All Ye Faithful".
Although German composer George F. Handel is usually credited with composing the melody for "Joy To the World", the music was actually composed in the early 1800s by American composer Lowell Mason. The words to the song are based on a 1719 translation of Psalm 98 by Isaac Watts. Mason set the words to music and attributed the composition to Handel. 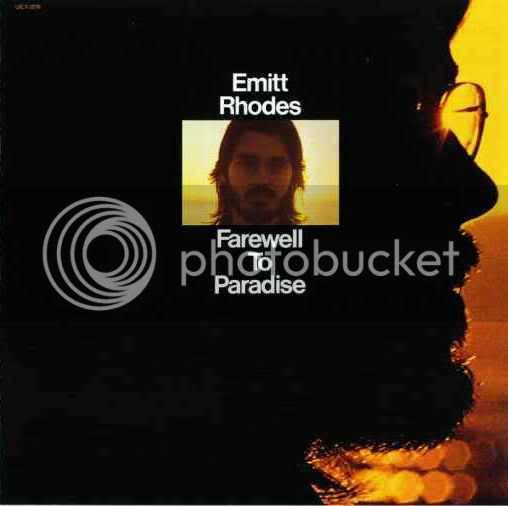 This is Emitt's fourth and final album. It is once again a one-man-band affair. However, it does differ from his earlier efforts. Emitt dropped the Paul McCartney and Harry Nilsson sounds and finds a style of is own. This album also finds Rhodes experimenting with other instruments. Although not as buoyant as his earlier efforts, Farewell to Paradise is still a very strong album from one of the forgotten great artists of the 70's.

The debut of Emitt Rhodes as a force to reckon with, "You're a Very Lovely Woman/Live!" is, according to some sources, rather a thrown-together collection of singles and demoes than a real album. Well, it's nice either way. The Merry-Go-Round itself didn't last very long, giving way to Rhodes's much-celebrated solo career after a mere one album and a few singles.

"You're a Very Lovely Woman/Live!" only recently came back into print on CD via Rev-Ola's wonderful "Listen Listen: The Definitive Collection;" before that, it was only available on a very-hard-to-find Japanese A&M CD.

The jewels of this collection are "You're a Very Lovely Woman" and "Time Will Show the Wiser" which both differs markedly in its mono single mix. 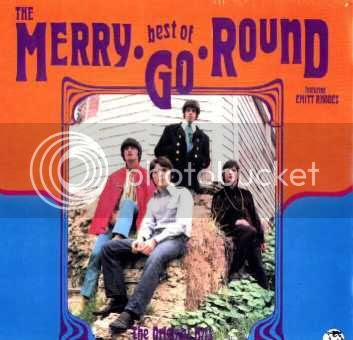 The Merry Go Round are one of all-time best kept secrets. Revered by a loyal group of fans, the splendor of the group's music never reached the mass audience it deserved.

The foursome released several singles including "Live" and "She's A Very Lovely Woman" before releasing their only album in 1969. There were obvious similarities to the Beatles but the band was distinctly American.
The LP was released on Dunhill Records in 1969 and long out of print.