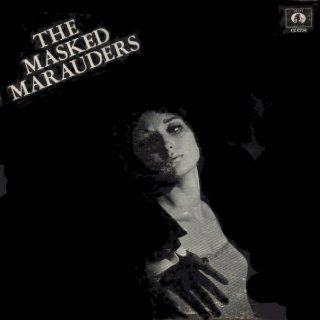 This spoof LP, produced following a spoof review in Rolling Stone, was recorded by The Cleanliness and Godliness Skiffle Band .

The fictitious review, by Greil Marcus, was of a bootleg album by The Masked Marauders, supposedly featuring a super group that involved, among others, Bob Dylan, Mick Jagger, John Lennon, Paul McCartney and George Harrison. It claimed that the album was released without any information as the participants wanted to remain anonymous.

The joke though backfired as many readers of the review believed it and started searching for the album. Rather than admitting the truth at this point Marcus and Langdon Winner got the musicians of the Berkeley group, The Cleanliness and Godliness Skiffle Band, to record songs with titles used in the review and to make it 'convincing' by imitating the various supposed famous participants.

A single and LP were released by Warner Brother / Reprise but issued as if on the Deity label - the non-existent label that was cited in the review. Though at this point Rolling Stone did publicise the fact that it was a spoof release.

Album Tracks: I Can't Get No Nookie / Duke of Earl / Cow Pie / I Am the Japanese Sandman / The Book of Love / Later / More or Less Hudson's Bay Again / Season of the Witch / Saturday Night at the Cow Palace

Added as bonustracks the single wich was released in conjunction with this album.
I Can't Get No Nookie / Cow Pie (both mono versions)
-

Yoko Ono - Every Man Has A Woman

These are the original Yoko Ono recordings of the tracks from my previous post.
Now you can compare the title track and "now or never" with the John Lennon versions yourself. I like this album but I think I do because it reminds me of the other one.

Every Man Has A Woman This started out in 1979 as a hobby project from Harry Nilsson who wanted to record some of Yoko's songs. John Lennon sugested to make it a 50th birtdaypresent for Yoko. John recorded only one song; Now Or Never with The Spirit Choir (using the original Yoko Ono music tape). An imbecile shot John before he could record more. After John's murder Elliot Mintz and Samuel Havadtoy completed his work.

So this album featured songs which were written by Yoko Ono and recorded by other artists. Don't let the fact that Yoko wrote the song scare you off. The Harry Nilsson versions are great and the Alternating Boxes' "Dogtown" and Elvis Costello's "Walking on Thin Ice" are more than okay too. Among these tracks was this unreleased John Lennon track. But later it was made known that this track is the same song as on Double Fantasy (where Yoko sings lead and John did the backingvocals). They just made a remix with Yoko's lead vocal mixed out.

Two Sides of the Moon 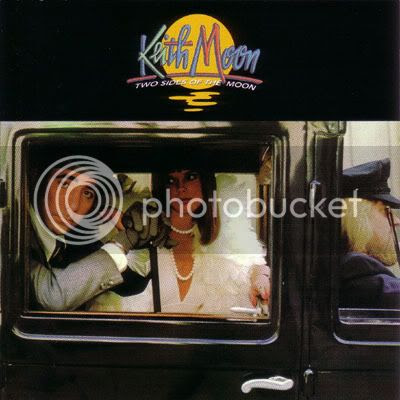 Released and dropped in 1975. This is the one and only solo album of The Who's drummer Keth Moon with a little (understatement) help from his friends; Harry Nilsson, Ringo Starr, Flo & Eddie, David Bowie, Joe Walsh, Ronnie Wood, Ricky Nelson, Steve Cropper, John Sebastan, Dick Dale, Spencer Davis, Jim Keltner, Bobby Keys, Klauss Vorman and various members of Jo Jo Gunne. So should you expect a great album? Well, Keith chose to sing instead using the album as a chance to showcase his legendary drumming skill and I don't think he could win "idols" with that voice but it's a fun album and if you like the Ringo Starr albums you'll probably like this one too. 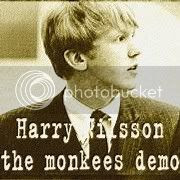 Harry Nilsson wrote "Cuddly Toy" and "Daddy's Song" for The Monkees and appears as an instrumentalist or singing backing vocals on a few of their songs.