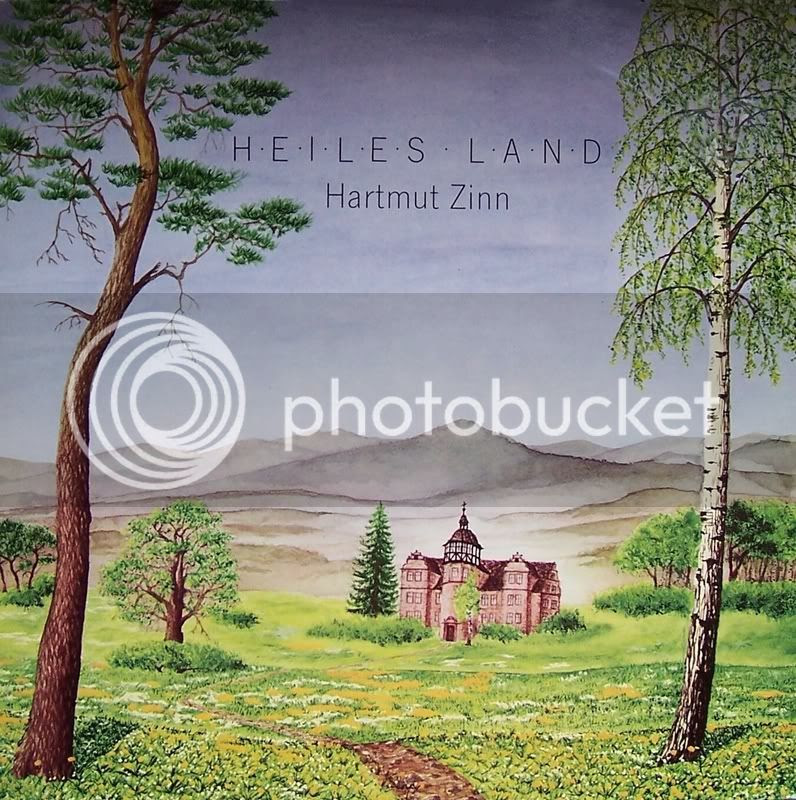 DGG 2372155 (p)1982
mp3 320 Kbps Vinyl rip
-
In 1972 there was a guy named Mike Oldfied. He released his first solo album "Tubular Bells". Only two long instrumental tracks. But what an impact!
-
Ten years later a guy named Hartmut Zinn released his first solo album "Heiles Land". Basicly only two long and three short instrumental tracks. Every track of this album looks like an free Interpretation of an Mike Oldfield track. Especially "Tubular Bells" is his inspiration . It looks even more like Mike as Mike himself. But no impact at all...
-
No impact, but it could have happened if he had made it eleven years earlier :-) It's a nice album and a great one to let it hear to a Mike Oldfield fan and say: "Hey, I found a really nice Mike bootleg with unreleased songs" . Succes guarranteed.
-
Tracks: Barfuß im Gras (3:22) / Schmetterlinge (1:45) / Heiles Land Teil 1 (20:55) / Morgennebel (3:33) / Heiles Land Teil 2 (20:12)
-
Tracks 1-3

Thanks for sharing this rare album.

He has two more albums:

It's believed that "Gipfelstürmer" is inspired by Jean-Michel Jarre albums.
So it should be a nice one.

I'm sorry, I don't have any other albums from Hartmut Zinn.

I've been searching tho. The only place where you can get it is http://www.music-db.org/misc/07129312.html but when you want to download it you get re-directed to http://www.mp3fiesta.com and it isn't in their database. If it was than I would have bought it from them.

I know, this doesn't help you a bit.

Thanks fantastic album that i know next to nothing before i read of it on your blog.

Hey thanks for sharing! Maybe you could rip it once again into any lossless format like .flac for example and upload? Would be greatly appreciated :)

Hi Beenbee,
I don't do lossless. 320 Kbps is the best you can get here.

I have buy the new Hartmut album on http://www-user.rhrk.uni-kl.de/~junglas/souvenir.html , fantastic! Was many time I dont ear similar beautifull music. (Excuse my bad english) ;-)

You have a very good blog that the main thing a lot of interesting and useful!


You are incredible! Thank you!